they reported strong growth in revenue and customer base, and the company also provided a positive outlook for the future. As much as I am not a big fan of their products I still had to use it everyday to sign in to work and it is not like I have a choice. Overall it was a positive earnings call and investors were impressed with the company's performance. Might be a good idea to take a look if it dips again. $okta 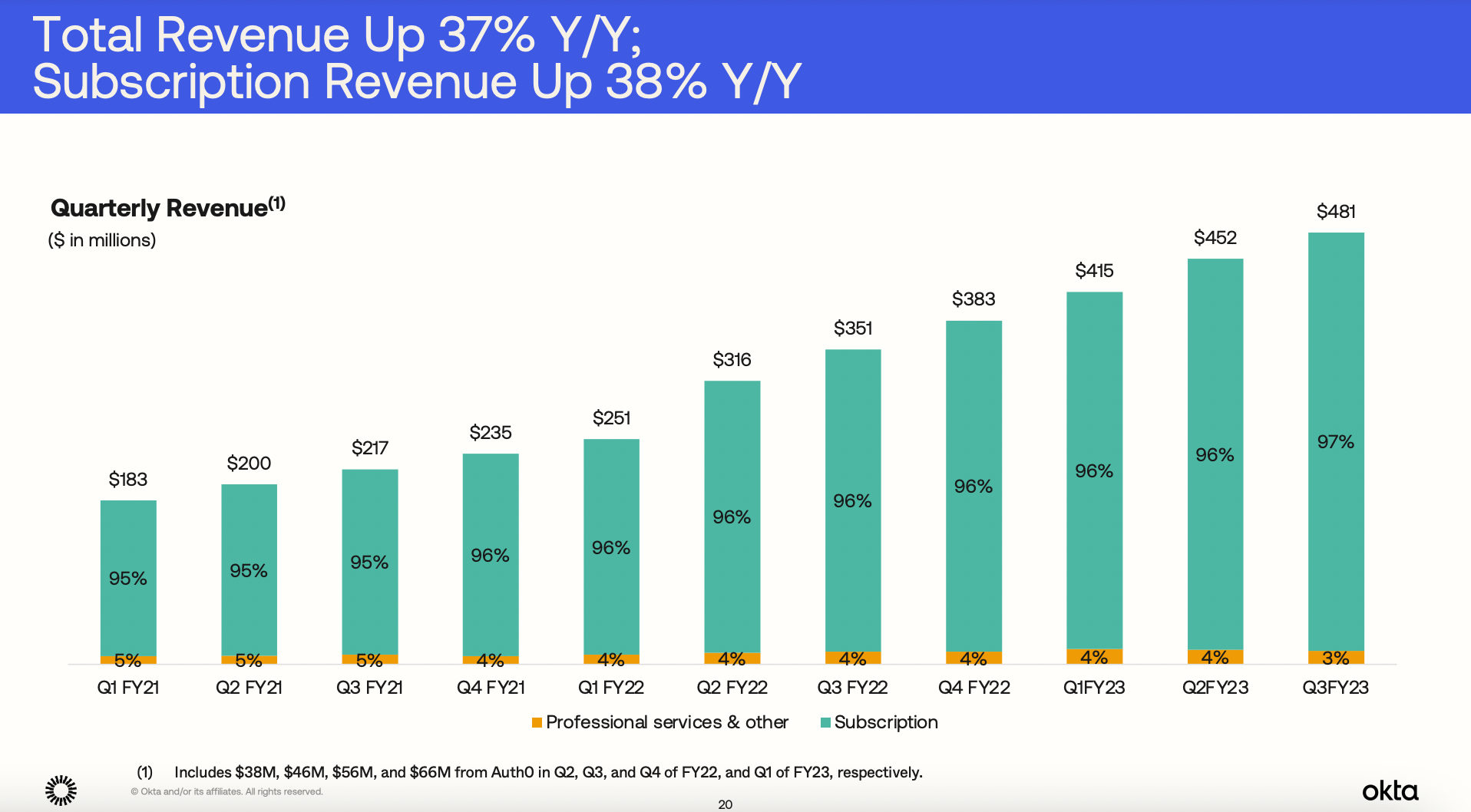 I would say that investors should be encouraged by the positive news reported in the call. It appears that the company is making moves to increase its presence in the cloud data market, which could lead to further growth and success.

Million dollar revenue customers grow another 40 this quarter to 280 ish. Free cash flow margin is also improving. This is going to be something big in the future. $snow

I remember years ago when I was learning how to create websites, the first thing I used to start a local webserver and webpage was xampp or LAMP stack (php, Apache, MySQL,.. etc). With those stacks you can type a few commands in your terminal to have a website running in no time. As time goes by I had more exposure to different technologies like MEAN stack (mongodb, Angular, ...etc) or Meteor and I get to learn about the all kinds of technologies and frameworks and about their strength and weaknesses. But regardless of stacks you would always be in a situation when you need some sort of persistent storage to store your data. And it turns out mongodb would very often find its way into most of my development workflows and become a big part of the projects. 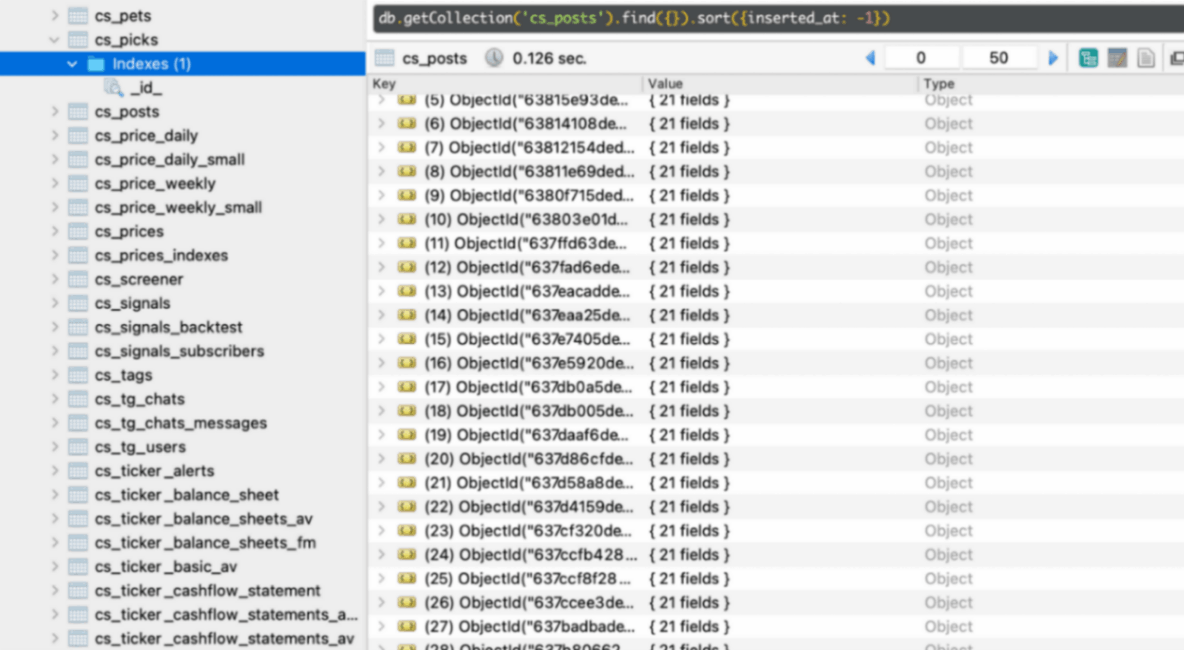 So, what’s special about mongodb? Not much. But at the same time it's just something that works. It's so well-known in open-source and is relatively fast to read and write, to scale, to deploy and maintain when compared to many other db technologies. If you can find developers who know how to write a couple of lines of code and click on a few buttons to deploy a small mongodb cluster and have applications talk to it, it would be fairly easy for companies to onboard engineers and create applications on them and go from there. And that suits my personal project really really well.

Imagine with a couple of lines of code in node.js you can create a table and start to talk to your database.

This is very similar to what the actual code would look like. And it is what makes your life easy as a developer. Pretty cool isn't it?

To start some small mongodb machines you can simply spin up machines on AWS ($amzn) and copy some scripts from the internet, and with a bit of configuration you would have a small cluster of mongodb running with basic infrastructure setup. I also have scripts to backup the db to S3 and restore the database if I had to. And occasionally I would see the database grow to disk space limit or crash so that I would need to ssh into the machine to do something about it.

It's doable but it's not worry-free. For a period of time I had this constant fear that my db would go away and I would lost them forever when I go to sleep. And then I discovered there are fully-managed solutions such as Mongodb Atlas.

So there's a company called MongoDB Inc that takes this open-source mongodb and bundles it into a cloud service called MongoDB Atlas. Atlas is a cloud database service that helps you deal with the complexities of running a database. Without Atlas, you would be hosting VMs, deal with the maintenance overheads yourself. But this is really not good time spent for most companies when it costs so much to hire a dev in 2022. Imagine with a few extra bucks a month you wouldn't need developers for this and can focus on developing your application itself. Keep in mind, for faang, it costs like 200k-400k easily to hire a dev.

Starting a database cluster in Atlas is free and it's as easy as a mouse click.

And with a few extra clicks and $$ you can also have integrations like datadog $ddog or pagerduty $pd.

Atlas charges you based on compute and storage. Compute means how fast your database can process requests. Storage is about how much disk space that's allocated to your db and how often you can do your backups. This is actually not a bad idea, because for most companies that's growing and uses Atlas they would have more applications running every quarter. This means your data, number of databases and collections, your size and duration of backups would only go up normally. Can you go back to hosting VMs yourself and do bare-metal mongodb? You can't because it wouldn't make much sense to justify hiring extra engineers to do the heavy-lifting of running a database. That just won't work anymore, at least not without scale.

There's also no reason you cannot use other db technologies like ElasticSearch or Cassandra. It's just databases is not something you can switch easily. When you have an industry of people who know how mongodb works, have products running based on it, and then that makes switching to something else costly. In addition, if you decide to migrate away from it, you'll have to worry about consistency and many other things. So unless mongodb becomes a bottleneck of your application it’s usually difficult to justify moving away from it.

Hi folks. This is Lee, creator of stockideashq.com here. This post will briefly describe how I use Cloudflare tools on my website.

Cloudflare is a company that provides tools for you to analyze your website traffic. These tools enable you to detect and protect your web applications from cyber threats, and make your website run safer and faster. It has also added many features recently, like email security, workers, page functions, or zero trust. This makes it so much easier for companies to setup their basic web infrastructure and take advantage of their global network offering at an affordable price these days.

A few months ago they announced Cloudflare Registrar. A Registrar is a service that allows you to register a domain name. I used to register domain names with Godaddy, and I just recently found out that Cloudflare is also doing it, but they sell you the names at a wholesale price that is like 40% cheaper. Ouch Godaddy. 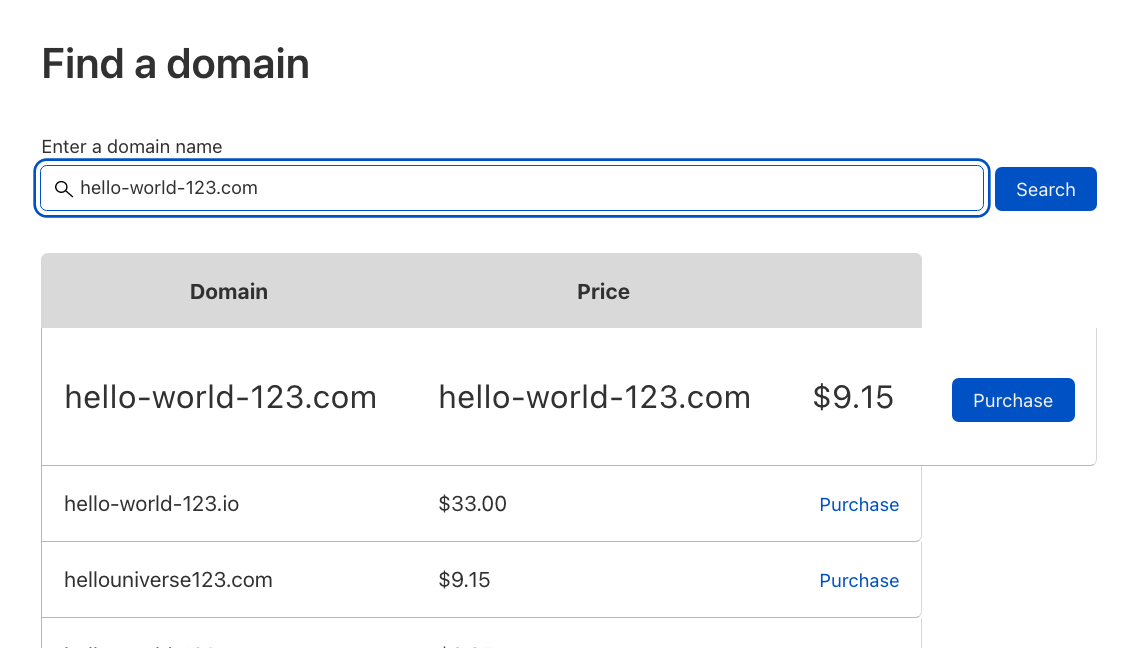 Once I added this domain name to my account I can proxy all the requests going to my website through Cloudflare servers. Without a proxy, if someone sends a request to api.stockideashq.com your request would be sent to nameservers on the Internet. These nameservers would figure out what IP address those machines are located, and the request would be sent to that IP address. This approach has a few issues. That is you would expose the ip address to your application servers or load balancer. And the other is you would need to configure some firewall rules and handle things like DDOS mitigation yourself and none of those are easy things to tackle.

Instead, if you use a DNS proxy like theirs, those requests would be sent to their machines. They would figure out if the request are coming from bad actors or not before forwarding the request to your servers. And enabling this is as easy as a toggle.

Also, another thing they're doing really well is CDN. A CDN is a network of servers that you can push your resources like images or Javascript files to and keep a copy close to your users. For example, if you have a request response that never changes, it might be a viable use case to serve those responses through a CDN. You will save resources on your servers and make those requests faster. 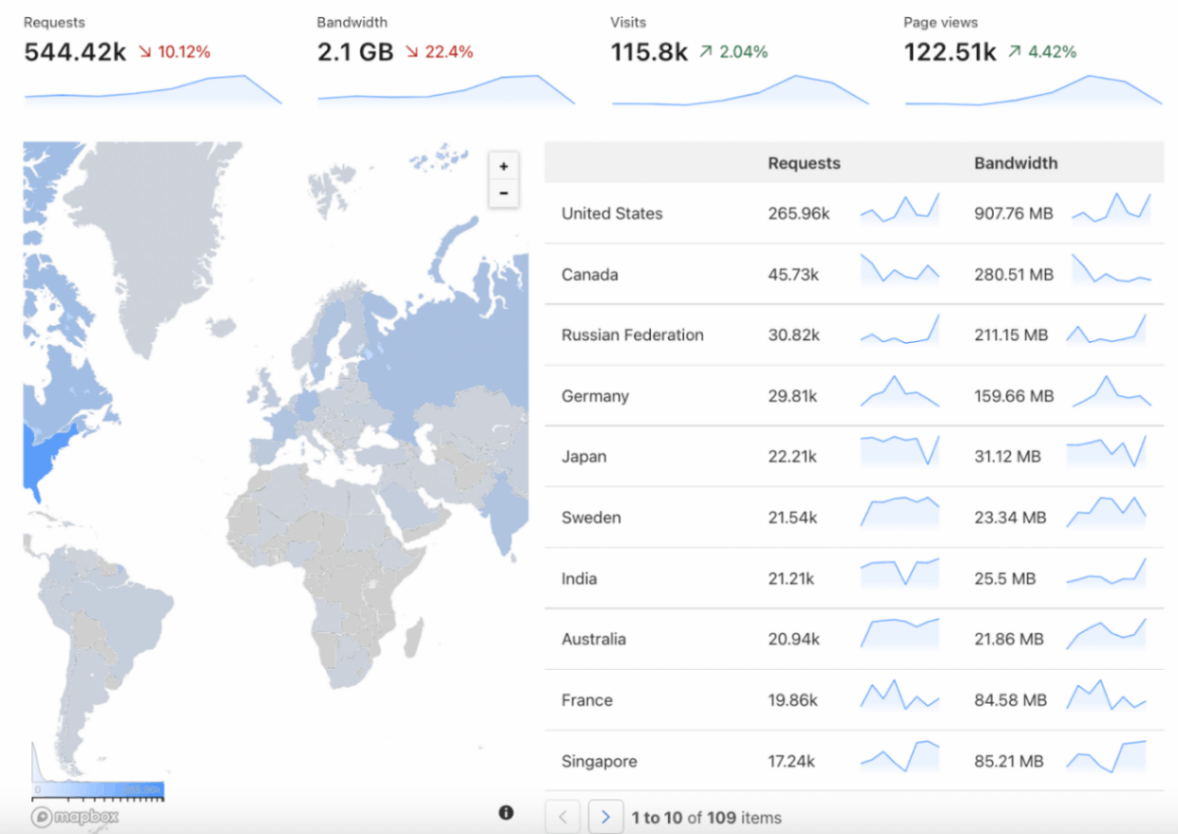 They also have a lot of optimizations to make your website run faster. A few things worth mentioning include asset minimization, mobile redirect or image resizing. For example, you can have your images served through their network. They can, however, resize the image before delivering it to the person who requested it, based on factors like device sizes, geolocations ...etc and serves those images fast. Mobile redirect is also based on the same concept. 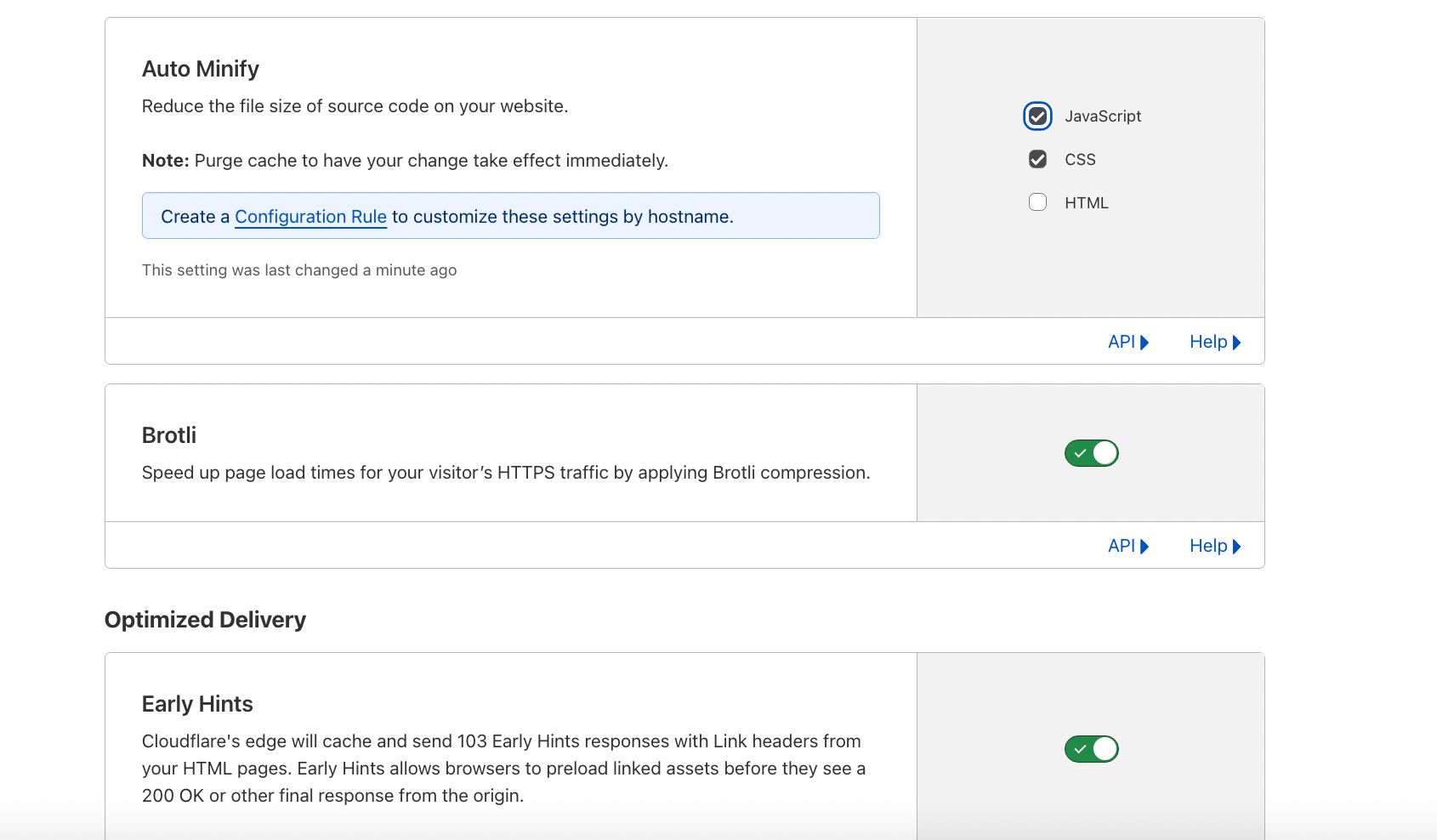 Zaraz is also a product they announced recently. The idea is that instead of running some 3rd party Javascript files that's causing your browser to slow down or suffer from compliance issues, you would be running those scripts on Cloudflare's machine before sending the webpage over to your users. This increases the website’s performance, and for GDPR use cases you don't need to know what you don't need to know from your users. 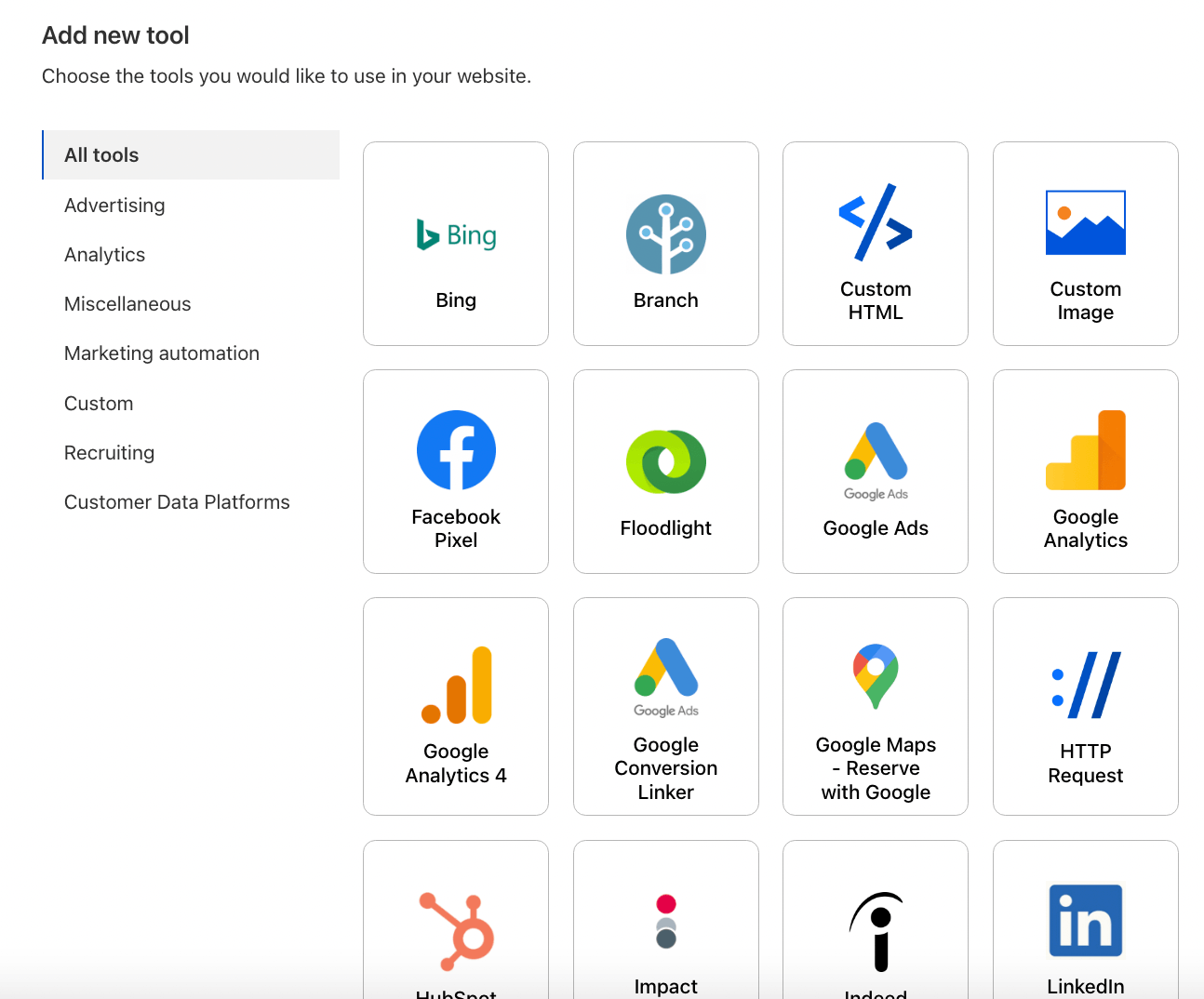 Pages is also a feature my website is currently using. It's well integrated with a lot of Javascript frameworks. Take my website for example, my website is using Qwik framework. And what you do is you can create a project by doing something as simple as

You would then tell Pages that you have these repo people taking over the building and deployment of the website. And within 10 minutes you would have a Hello World website running. In my opinion that also implies they have the ability to take on companies like $wix or $shop and it's just so easy to get started on building a web application these days using their service. 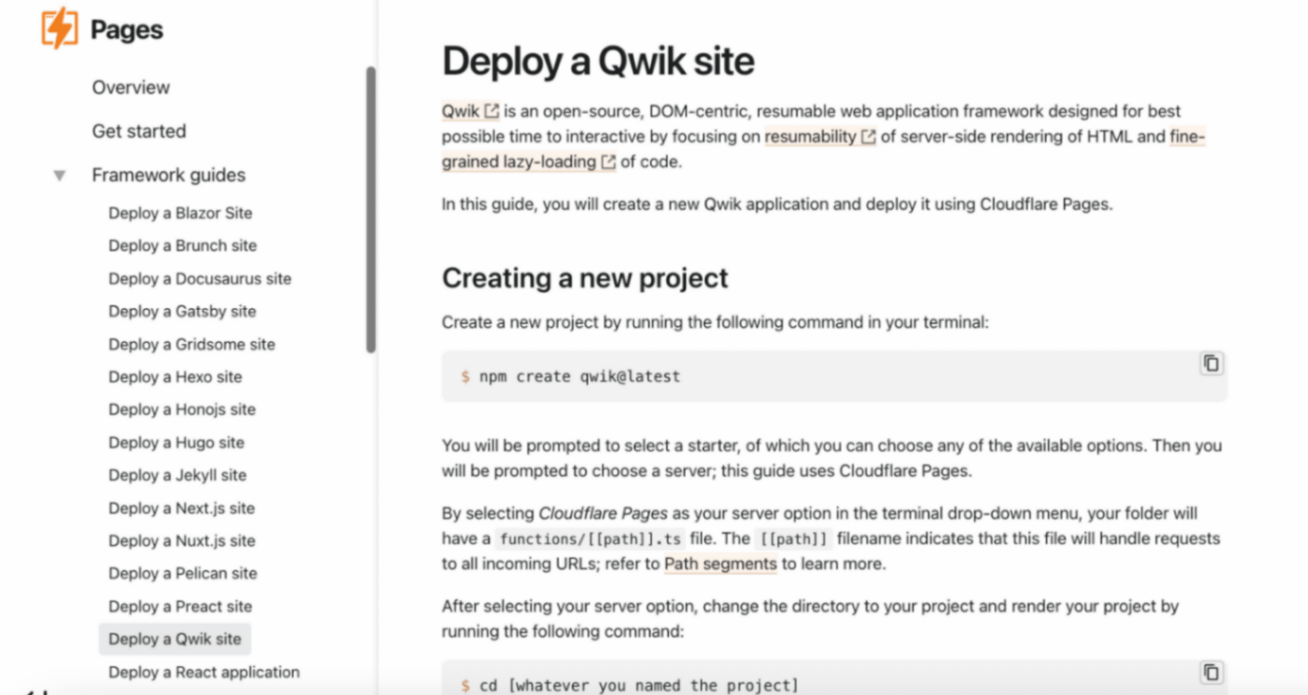 Unity next quarter revenue guidance is around 50% qoq. It's insane how market priced it to this 90% drop. Sorry to say Fed has turned the market into a casino. $u

Let's take a look at their quarterly results:

The ER is pretty lackluster. The revenue and customer count and retention is stalling. But somehow their outlook is really good. There might be something good in this one in the short term simply because they're already was too cheap for what they do. They're one of the few players that provides tools for you to write software for iOS and Android. It's not like you can go about developing games without them. 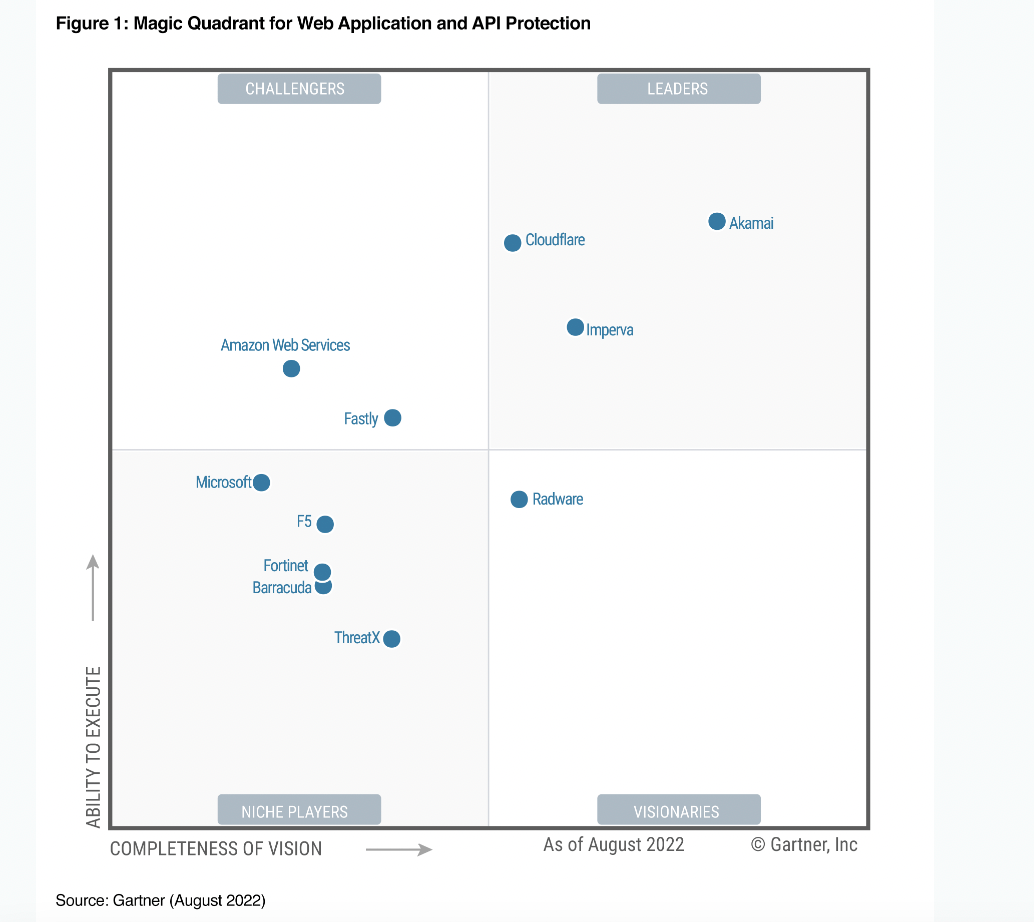 Akamai is one of the pioneers in this WAF space but Cloudflare is certainly getting better everyday. $net

Althought I wouldn't read into it this is a bit concerning overall. $dia

Solid quarter. beats all metrics and growth is phenomenal. They raised guidance again to a guidance qoq 14% so they're on track of beating this number again next quarter.

Great company in data processing space you need them to collect and process your data. $cflt 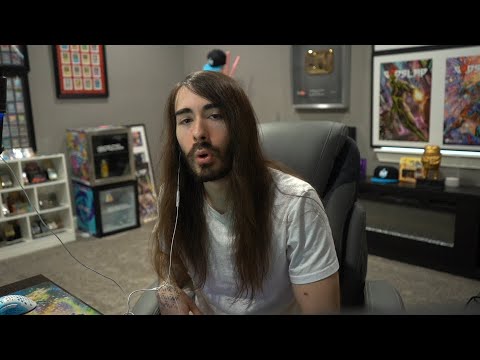 They replaced the oof sound to something annoying and uninteresting. At least for me the oof sound reminds me that I was there. Roblox is legit digging its own grave by not knowing what to do and just do nonsense.

Shares down another 7% premarket. $SHOP

This is for dot.com crash. It took almost 7.6 years for SP500 to cover the previous all time high. 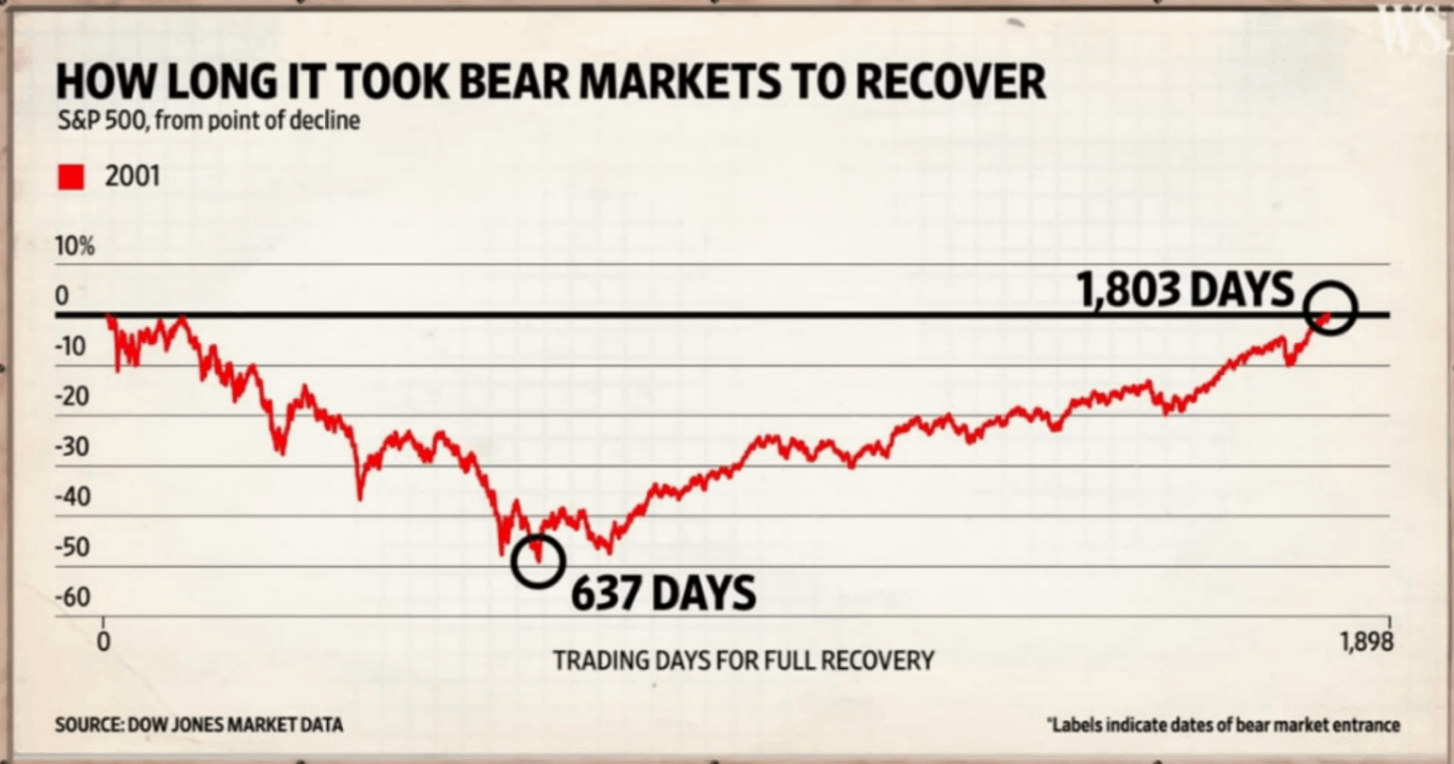 m1 caused a lot of issues for me. My iTerm crashes on and off and I hope they would make them go away with m2 soon.