This would only have 1 direction now that’s down. $mstr $mara 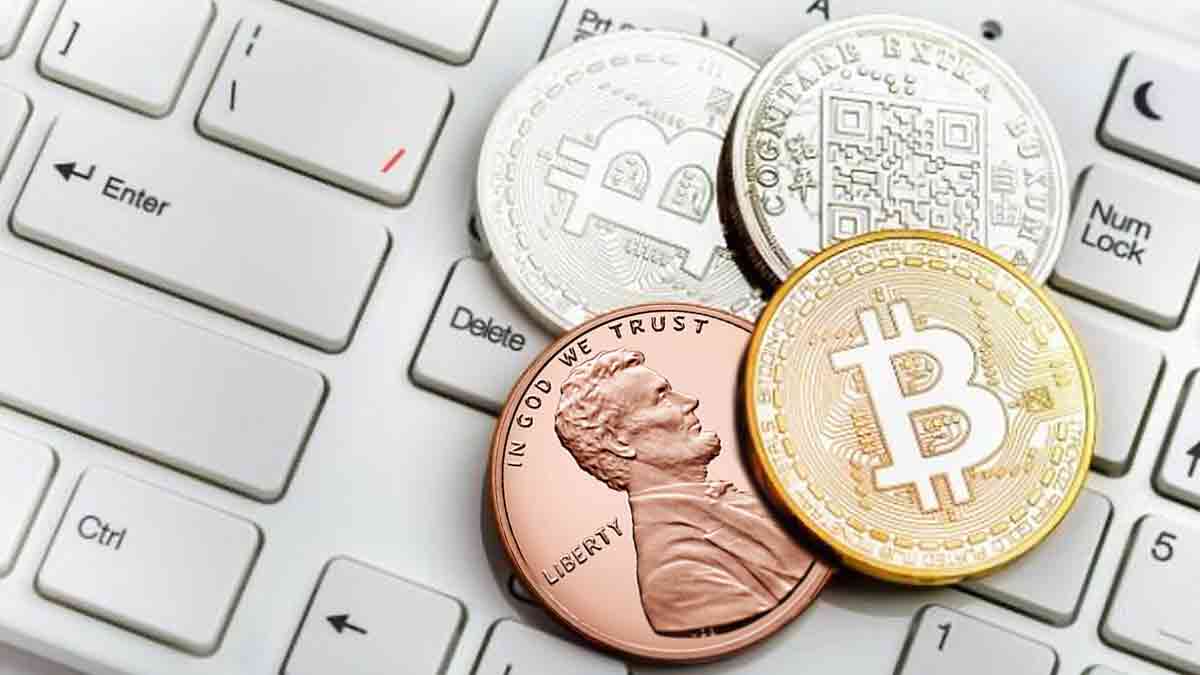 When you look at the definition of penny stocks, you’ll likely see that most refer to these as stocks under $5. In 2021, these cheap stocks have become some of the most actively traded in the market, and for good reasons. You can’t ignore the wild swings and massive jumps that these cheap stocks make daily, and by “daily,” I mean within a single day.

Looking back at some of the most extensive breakouts of 2021 right now shows the tail of the tape. Meme stocks like AMC Entertainment (NYSE: $AMC), Nokia (NYSE: $NOK), and even Express Inc. (NYSE: $EXPR) are among the standouts.

What’s more, even outside of the line of sight of popular message boards and social media sites, there is a slew of many other penny stocks that hit it big this year. What does that mean for you? If you understand how to trade and handle risk, these cheap stocks could be well worth it for you.

With all penny stocks, different trends can impact the market. It’s no secret that broader markets are having a tough time right now. But that doesn’t mean it’s that way for specific niches. Case in point, Bitcoin, Ethereum, Dogecoin, and plenty of other sh*tcoins are on fire right now. With Bitcoin moving over 20% in October so far, it’s acted as the bellwether. As a result, cryptocurrency and blockchain technology stocks are red hot. It isn’t just mining companies either.

Things like the Internet of Things, non-fungible tokens, and the like are all ways companies are gaining exposure to this segment in the stock market today. Where there’s excitement, there’s usually momentum. Look at companies like Marathon Digital Holdings (NASDAQ: $MARA) or DatChat (NASDAQ: DATS). These former penny stocks both have very different business models. But based on their different types of exposure to cryptocurrency and blockchain technology, they’ve benefited from the boost in the price of Bitcoin and other currencies.

This has become a recurring series for PennyStocks.com: Stocks under $1. These are some of the lowest-priced in the stock market today. High volatility, higher levels of risk, and higher potential for significant gains are all things to keep in mind. Today, we’re looking closer at three that’ve gained momentum recently and have exposure to the crypto space. 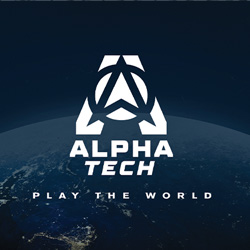 Technology stocks may have gotten beaten up recently. But that doesn’t mean all penny stocks with exposure to tech have followed suit. If you look at the Alpha Esports stock chart, you’ll see what I mean. The period between September 24th and today saw major tech ETFs like the SPDR Technology ETF (NYSE: $XLK) drop hard. On the flip-side of this is Alpha shares and other companies with exposure to the blockchain and cryptocurrency arena have bucked the trend.

At the heart of its model, Alpha is an esports technology company. When it comes to cryptocurrency, Alpha is undertaking an initiative to monetize its esports platform through tokenization. Its Bitcoin pegged Alpha Coin has been created to allow users to enter contests and tournaments while also giving winners the ability to redeem their Alpha Token winnings for local currency or purchases in the GamerzArena store. With the latest jump in the price of Bitcoin, this could be another reason why some are watching APETF stock.

Alpha’s GamerzArena platform has become the backbone of its model. It is building a unique ecosystem that includes novice and professional gamers alike. It also fosters gamer development allowing players and professional scouts to interact. Furthermore, Alpha’s leadership and advisory board comprises members with direct experience in gaming and events. It includes experienced names from leading companies, including Red Bull, Reel One Entertainment, The Golden State Warriors, Mount Sinai, Victory Square Technologies, Activision, and Atari, to name a few. With a surge in cryptocurrency stocks and “new tech” like esports, Alpha Esports may be one of the names to watch. 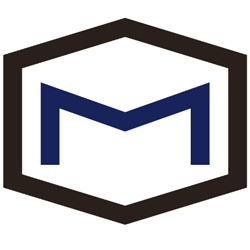 Molecular Data is another one of the lowest-priced names on this list of penny stocks. For most of September and now October, MKD stock has settled out in a channel between $0.27 and $0.40. The last few weeks have been active for Molecular Data and revealed some of the latest milestones that could be at the heart of recent speculation.

Read more: Hot Penny Stocks That Are Trending in 2021

Where does crypto come into play? Earlier this year, Molecular announced a partnership with Wanxiang Blockchain. The goal is digitizing the chemical industry as a whole. The two plan on building a blockchain platform for addressing things like supply chain bottlenecks, enhanced eCommerce, and the like. The company also inked a deal with an investment firm to establish blockchain data centers. Molecular vaguely explained in a press release that, “The partnership will address bottlenecks in the Chemical space and establish commercial-scale Blockchain data centres in America.” 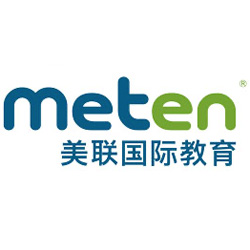 An interesting trend we’ve seen emerge is a pivot when it comes to specific technology companies. Meten EdtechX is one of these types of companies. As its name suggests, at the surface, it’s an English learning services company. It specializes in English education services in China but has drastically expanded on its tech angle.

Earlier this year, Meten said it began developing a blockchain and cryptocurrency business. The goal, according to the company, was to make a transition into “a new benchmark among innovative enterprises.”

Meten explained that this includes everything from Dogecoin to NFTs. Now that METX has become one of the crypto and blockchain technology stocks to watch, it’s now on traders’ radars when things like Bitcoin surge. What’s’sore, its recent $60 million capital raise have been earmarked for working capital needs, among other things. Given this transitionary focus and upbeat sentiment in the crypto space, will METX become one of the hot penny stocks to watch in October?

Are Bitcoin & Blockchain Penny Stocks On Your Radar?

Whether or not you’re following this trend closely is secondary to the fact that it has become a driving force for specific stocks. Considering that there’s plenty of volatility in the cryptocurrency market as a whole, that could also translate to stocks with exposure to it. This is something to keep in mind if bitcoin and blockchain penny stocks are on your radar right now. 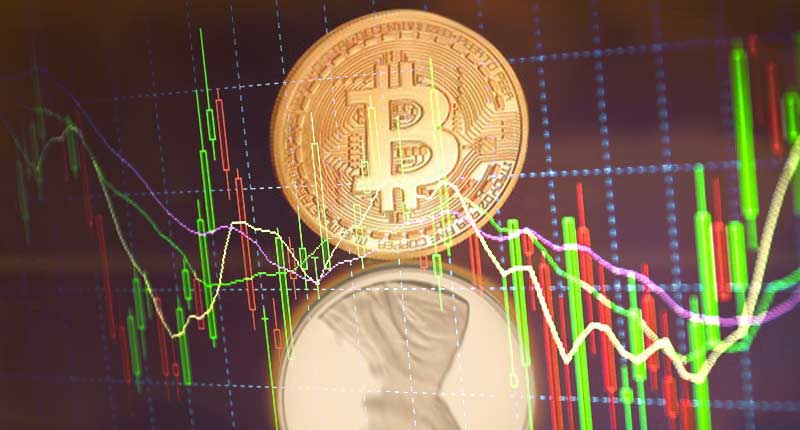 Pursuant to an agreement between Midam Ventures LLC and Alpha Tech INC Midam has been paid $300,000 for a period from February 12, 2021, to April 2, 2021. We may buy or sell additional shares of Alpha Tech INC in the open market at any time, including before, during, or after the Website and Information, to provide public dissemination of favorable Information about Alpha Tech INC. Now extended from 6/30/2021 to October 29, 2021 & no additional compensation of any kind has been received by MIDAM. Click Here For Full Disclaimer.

Tomorrow is probably going to be a bad day for crypto stocks. $mara, $sos, $riot and others.

Bitcoin is moving up at a consistent pace and reaching all time high once every few weeks. And it reached $61,000 today. It's most likely we would see blockchain stocks like $mara, $ncty, $riot, $sos going up again next week. $sq and $tsla is probably going to be good as well with their bitcoin exposure. Tesla purchased a lot of coins at $30,000 level and their investments on that batch is already up 100%. And that is about a couple hundred millions to 1 billion of gains on paper already.

Keep in mind that it costs a few billion to build a gigafactory. And that means they just make 20-25% of the money to build another gigafactory (if they sell). And when bitcoin continues to go up then they can use that to build more factories and scale up their production efficiently that no other EV competitors can.

Square also has a lot of bitcoins. Also they have a large number of bitcoin enthusiasts and the Cashapp community is growing. And with Tesla and Square having a moderate weight in the indexes the outlook for Nasdaq and S&P500 is great for the next week at least.

Investing in $sq and $tsla for blockchain exposure makes sense because they're well-managed companies with a good reputation. What I don't understand is those who invest in companies like $ncty or $sos or others. There were blockchain companies going Kaizer Soze a few years ago when they claimed their founders went missing abroad or dead and then all the bitcoins on the accounts are lost because those companies cannot recover the coins anymore. And then the investors just lose everything. There's no guarantee that wouldn't happen again for blockchain companies in 2021, because human nature doesn't change.

And for mining companies like $sos they literally are just a factory running a lot of miners. And that's it. There's no guarantee if those companies would continue to exist in a few years because, in my opinion, it is not hard to setup a factory of minors to do that. You do not need talents to do that, you only need electricity and money to do it.

Also what I find interesting is if you think bitcoin is going to have a good future shouldn't you just invest in bitcoins directly? You can invest in companies investing in bitcoins for you but to me it's just like giving your money to others to let them gamble for you. But it seems a lot of people think that is a great idea in 2021.

So watch out when you invest in those blockchain companies. They're likely to continue to be good in the next while but be vigilant and only invest in the best ones, because if bad things happen you might lose everything but at least you'd feel less remorse than if you don't do your due diligence at all.

This probably means $riot, $mara, $sos, $ncty, $mstr those stocks would continue to outperform in the next while.

As much as I doubt that there's going to be a lot of people buying cars using Bitcoins this would most likely encourage other companies to recognize Bitcoin as some sort of assets and increase their crypto exposure too. Which means crypto would be good at least in the short to medium term. That's probably why the entire sector is moving today.

1.5b doesn't seem like a big amount for Tesla the company but bear in mind they only have 20b free cash flow so it is still a big deal. And their marketcap move up 8b today so so far this seem to be a good move. It could be worthwhile paying attention to other user facing companies that does transactions in cryptos and maybe the same sort of marketcap boost would happen for them too.

Market is at all time high now. You should invest especially carefully because if you don’t do that a pullback could hurt you really badly. If you’re unlucky you’ll get one pullback lasting around 30 years. (Dow Jones topped in around 1965 and the next time you see the index at the same level is around 1995) that happens 30 years ago no reason it cannot happen again.

And you should always invest in solid companies and do not invest in hypes, at least not invest in bitcoin minors and at the stage when bitcoins are pulling back, that to me is suicidal. For example, if you do $btbt or $ftft or $mara there's a chance you will never see the same price again if you buy it at the top. $Bngo could be a different story because maybe they have something different for covid. But still it’s already up 20x and I’m not sure what’s there for investors anymore.

On the other hand if you invest in Amazon or Apple even if it drops 10-30% there still a moderate chance that they will recover.

It bounces off the low of 30200 area today but it doesn’t seem like it will find a bottom here.

It’s also dragging lots of blockchain stocks down today like $mara, $ebon, $btbt or even some others that’s remotely related to bitcoins, such as $sq.