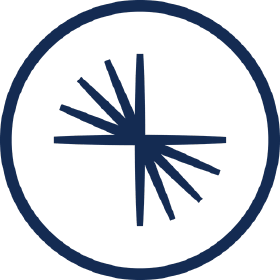 Confluent, Inc. operates as a software company. The Company offers a new category of data infrastructure designed to connect all the applications, systems, and data layers of a company around a real-time central nervous system, as well as generates revenue from the sale of subscriptions and services. Confluent serves clients worldwide.

headcount, user count, rpo, revenue is growing consistently. it show how resilient this company is in a economy downturn. $cflt

kafka is the streaming standard these days and confluent is a service on top of that. if you use their service you can save the money to hire engineers. engineers are most of the time way more expensive to find.

MongoDB is the most popular NoSQL database in the world right now. It has a few alternatives like Cassandra, ElasticSearch, DynamoDB but each of them serve different purposes. Like ElasticSearch is good at search, Cassandra is for tuning the consistency, DynamoDB is good at scaling... etc. But for developers who wants to look for a popular and generic NoSQL solution that is well supported by community, MongoDB might be the go-to solution for you.

And MongoDB Inc is a company that help you host MongoDB and troubleshoot all sort of MongoDB issues. By doing this you can focus on what you do instead of hiring lots of engineers to worry about database backup, sharding, monitoring all those kind of stuff.

As for the earnings call: market is apparently happy about this earnings call, and the stock is up 26% on Friday. In this call you can see their current quarter revenue growth is 44% yoy, but the big story here is that recurring revenue from their SaaS part business, Atlas, which is a managed database solution, grew 83% yoy. And now it represents 56% of their total revenue.

If you take the entire revenue to divide the market-cap you'll get a p/s ratio of around 35 at the close of Thursday. But if you only take the Atlas part of the revenue and you'll get a p/s of 62. But for a company that's growing 90% this price is not unreasonable in year 2021. Snowflake is also a similar company that's growing around 100% a year and they're traded at a p/s ratio of over 100. But bear in mind the rest of the 44% revenue is also growing really fast. And with the rally this company is trading at 44 now.

This is probably why Confluent is also rallying on Friday. Instead of database service they provide managed data streams services. And you can imagine it's like the event bus for companies that need to worry about events. Instead of storing your data in the database you store your data on a stream so that you can subscribe to it and get it in a slightly different way.